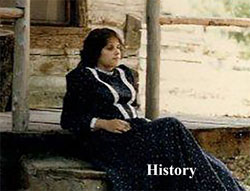 Humanoids and The Mirror of Native Americans, by A.R. Wielgus

A.R. WIELGUS - Humanoids is a drama about people who want to be the Masters of the Universe, but they are not even masters of their lives. Spectators see the broadcast from the TV station of astronauts being sent to colonize Mars. They can travel that long with chemically induced multiple stages of hibernation. Humanoids are supposedly the copies, clones of humans to trick others that they are real, conscious beings with their external resemblance. (Fermio, Hadron, Muon, Neut, Quan, Polonius, Boson, Raptus, Pol, Quarker, Wened, Mira) The Mirror of Native Americans demonstrates how the tears of Sun in America belong to all the Tribes of Native American people.

A.R. WIELGUS - Volhynian Fields is the drama about difficult history and relations among people with different religions. Absent Witness is about Smolensk tragedy of 2010, which was the succession of Katyn Masacre.

The Sparks of Faith, by A.R. Wielgus

A.R. WIELGUS - The Sparks of Faith is about men and women who converted to Catholicism or served it with zeal. England was a Catholic country for 10 centuries. King Henry the VIII was the defender of the faith. Although he broke with papacy and the Catholic Church, he had written the book Defense of the Seven Sacraments. While the Catholic Church was persecuted in England, some people (e. g., Thomas Merton, Gerard Manley Hopkins and others) converted back from Anglicanism to Catholicism.

A.R. WIELGUS - Jan Kochanowski (1530 – 1584) He was born in Sycyna and studied among other places in universities of Cracow and Padua. Kochanowski is a father of Slavic poetry. In his poetry, he used mainly eleven and thirteen syllable hexameter. His poetry conveys imagery, classical rhythm and contains beautiful language. In the Banner, Albrecht is the Prince of the newly established, first protestant country, named Prussia, which came to existence after transformation of Teutonic Order by the advice of Martin Luther in 1525. J. Kochanowski lived only 54 years, but he was a witness of his drama, "Dismissal of Grecian Envoys" to be played in front of the king. During his lifetime, he was recognized as a famous poet. His works were published also in Latin and he was respected well to do writer. J. Kochanowski died when Shakespeare was 20 years old.
Against all odds, the old widow never lost her faith in the mercy of Father God.

The Old Widow and the Priest, by A.R. Wielgus

A.R. WIELGUS - After presenting some writers living in the same literary epochs and using similar styles in Essays on the Literature, A. R. Wielgus demonstrates the words of K. Wojtyla, which are used in the ending of one of his dramas that vengeance belongs to God in the novel of The Old Widow and the Priest and reminds us that literary justice is a struggle for truth in things as they are.
Against all odds, the old widow never lost her faith in the mercy of Father God.

Essays on the Literature, by A.R. Wielgus

A.R. WIELGUS - In the past Latin was a common language of writers. Nowadays, English is the common language of literary artists. I wanted to bring closer some great writers, e. g., K. Wojtyla, later Pope J.P. II who already in his twenties was a great writer. He totally gave up literary writings when he became a Cardinal. Just as the main hero of his play, “Brother of Our God” did, when he totally devoted his life to serve the homeless.

The United States of Appalachia, by Jeff Biggersmore