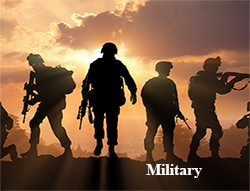 DOUG FRANCESCON - A veteran's account of war's impact on all it touches. Doug Francescon was a Section Leader in “G” Battery, 29th Artillery. His unit was attached to F Company, 2nd Battalion, 5th Marine Regiment, 1st Marine Div. In bloody fighting on July 4th, 1967 their position was overrun by elements of the NVA. Both sidessuffered tremendous losses. Doug was wounded and all of the members of his section were killed includinghis best friend, Waylen Powell.

101 Things you didn't know about Einstein - Sex, Science, and the Secrets of the Universe, by Cynthia Phillips (Ph.D) & Shana Priwer) more

Big Russ and Me, by Tim Russert (Hyperion) more